I Just read the words 'everything exists because of sound' 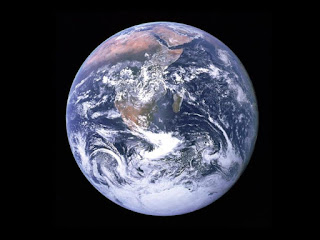 Genesis 1:3
I Am said 'Let there be Light' and there was.

John 8:12 NIV
When Jesus spoke again to the people, he said, "I AM the light of the world. Whoever follows me will never walk in darkness, but will have the light of life."

I guess that's a full circle then :) 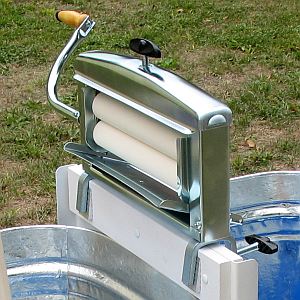 Been through the wringer lately?
feeling mangled?

when life squeezes
and sunshine freezes
sing out praise to God.

put on the garment of praise
for the spirit of heaviness. 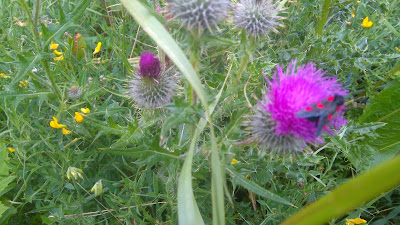 On a stroll the other day, I came upon this beautiful sight.
I spotted it and thought thistle do for a photo.
it's a Burnet moth it flies during the day time
I know the thistle is prickly but I reckon the necter tastes extra good
I count myself privileged to have taken this phone shot
thank you God
Posted by Jack Brown at 08:28 No comments: 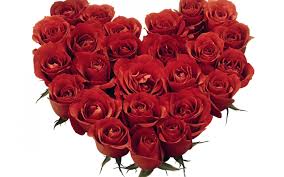 1 If I speak in the tongues of men or of angels, but do not have love, I am only a resounding gong or a clanging cymbal.
2 If I have the gift of prophecy and can fathom all mysteries and all knowledge and if I have a faith that can move mountains, but do not have love, I am nothing.
3 If I give all I possess to the poor and give over my body to hardship that I may boast, but do not have love, I gain nothing.
4 Love is patient, love is kind. It does not envy, it does not boast, it is not proud.
5 It does not dishonor others, it is not self-seeking, it is not easily angered, it keeps no record of wrongs.
6 Love does not delight in evil but rejoices with the truth.
7 It always protects, always trusts, always hopes, always perseveres.
8 Love never fails. But where there are prophecies, they will cease; where there are tongues, they will be stilled; where there is knowledge, it will pass away.
9 For we know in part and we prophesy in part,
10 but when completeness comes, what is in part disappears.
11 When I was a child, I talked like a child, I thought like a child, I reasoned like a child. When I became a man, I put the ways of childhood behind me.
12 For now we see only a reflection as in a mirror; then we shall see face to face. Now I know in part; then I shall know fully, even as I am fully known.
13 And now these three remain: faith, hope and love.
But the greatest of these is love.
Posted by Jack Brown at 19:39 No comments:

Got a surprise when feeding the ducks the other week 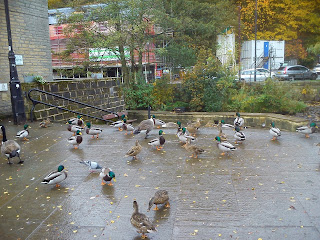 A Goose sneaked round the back and pecked me for special attention :) 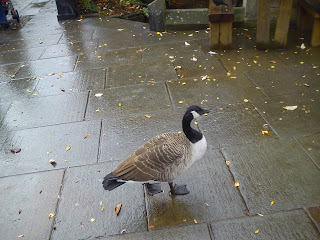 I was so surprised, I made sure it got special attention it asked for.

Remind you of anything?
Posted by Jack Brown at 20:10 No comments:

Did you know that you can purchase The Complete Works of various artists, musicians, poets and playrights? Shakespeare, Dickens and many others.

HMV record shop in the city center has a closing down sale.
They are possibly moving into the new new Broadway Shopping Center which opens on the fifth of Novenber.

There are many bargains available and in the classical music section you can purchase the complete works of several composers, including,  Bizet, Tchaikovsky, Bach, Beethoven, Chopin, Debusy, Elgar and Handel to name but a few and all at a fraction of the normal cost.

Did you know that The Complete Works Of The Cross by Jesus Christ is available to you right now, right

where you are and it's for free. you just tell God you are a sinner and you want the free gift Jesus offers.

1 John 4:16 NIVUK says
And so we know and rely on the love God has for us. God is love. Whoever lives in love lives in God, and God in them.
Posted by Jack Brown at 07:01 No comments: 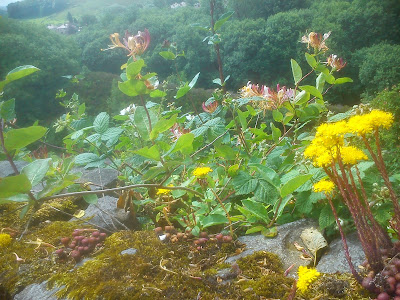 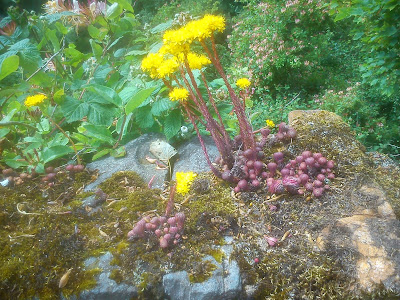 Such magnificence on a wall top
there for all to see
but only those who stop to admire
will get the benefit of its beauty.

Just round the corner

Deuteronomy 6:4
Hear O Israel: The Lord our God, The Lord is one.

Zachariah 14:9 NIV
The Lord will be king over the whole earth.
On that day there will be one Lord, and his name the only name.
Posted by Jack Brown at 09:23 No comments: